Bertrand Galen learnt his craft at the French national school 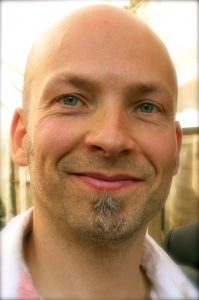 of violin making in Mirecourt, the Ecole Nationale de Lutherie, which he entered at the age of fifteen. He worked as assistant to Michel Gladieux in Paris for five years before coming to Cork in Ireland in 1999. He shared a workshop with fellow Mirecourt graduate Jeremie Legrand before opening his own atelier in 2000.

Bertrand was co-commissioned by CIT Cork School of Music to create two quartets of string instruments which are each year played by the school’s top musicians. His instruments are played in numerous countries and by musicians such as Rebecca Jones, Aiveen Gallagher, David Kenny, Adam Newman and Sinéad O’Halloran.

Bertrand is himself a cellist and performs classical as well as improvised music. He was part of the renowned Interference group, the band led by the late Fergus O’Farrell, for 10 years, and toured with them to Czech Republic and New York. Bertrand’s recording work with the Swell Season for Glen Hansard made him part of an Oscar-winning soundtrack and saw him tour America playing to packed venues including Radio City. In both of these major projects Bertrand worked closely in collaboration with Finnish violinist Marja Gaynor.